Cole Drake Events is a luxury destination Napa & Sonoma wedding planning company located in the heart of the Napa Wine Country. We have created a planning foundation based on appealing to the senses, using the pillars of our process: Honesty, Authenticity, Sensory, Creativity, and (a sh*t ton of) Humor with just a smidge of sarcasm.

Our planning approach focuses on each project from conception to completion; creating design concepts that represent our clients diversity, amassing the ideal talent for  each event and executing that event with the precision and grace, is our forte. Each preferred partner is carefully selected based upon a number of factors including our clients’ budget, personality and interests as to create synchronicity in the planning process. While there is a cultivated order and flow to planning, our clients’ weddings and events are all quite unique from one another.  We work to keep our clients’ vision true to their event and excel at creating a sensory experience for the guests on that important day/weekend. Few in the industry possess our diversity of experience and breadth of knowledge.  When situations arise that require immediate action, we meet challenges head on – even if it includes a cowbell (true story).

Allow us to guide you to your memorable wedding, fabulous fete or luxury Napa or Sonoma experience. Where details, precision and creativity are paramount to a successful event, we invite you to experience the difference of Wine Country wedding and event planners, Cole Drake Events. 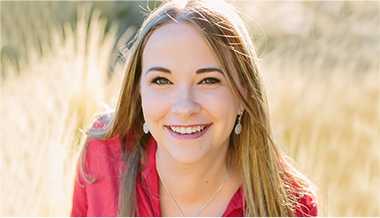 Many in the industry would say that Stephanie has a certain “je ne sais quoi” about her. One could say it genetically came from her mother – an industry icon who plans large, elaborate events for non-profits and California cities. Others could say it developed when she began to work and learn the business at a young age (or as she describes it, “was volunteered to volunteer”). Either way, her passion and love for her profession is one that is as effervescent as a bottle of Champagne.

While studying in the South of France for a year, Stephanie, determined as she is to this day, completed a French Oenology program. Initially, she believed it would be her “easy” class – she could casually practice the language on new French friends and be “forced” to drink French wines for homework. She had no idea what she was in for. By the end of the semester, she had gained a new found respect for sommeliers, understood the importance of food and wine pairings and had acquired a much expanded vocabulary of French adjectives. She returned to wine country, still drunk on French wine and culture, to graduate with a BA from CSUS and began working for an ultra-premium winery in the, you guessed it, Events Department. In an event planning setting, and being much older (“and wiser” she would joke), she quickly found how deeply gratifying planning and event execution can be. It was there a wedding and event planner was born (again). She became a student of her industry seeking to gain knowledge and experience – first with a boutique catering company, next with Auberge Resorts and finally with a premium wedding and event planning firm. Few people have such a broad base of experience in the industry and, with this, her clients benefit exponentially. When Stephanie isn’t planning weddings and events, she is an avid organic gardener, a brilliant baker (try her pastry!), a coupon clipper and a (rescue) Basset Hound enthusiast/supporter/activist. She lives next to an expansive vineyard with her charming English husband (a Director of Food and Beverage – no surprise there) and their adorable son and daughter. Enthusiastic, electric, determined and passionate are words commonly used to describe Sarah. At the young age of 14 years old, Sarah entered into the workforce with an “eye of the storm” approach. Every available hour, when not attending school, was spent working three jobs in her home state of Alaska. With aspirations of working with people, organizing/executing events and warm summer nights, she was determined to make her way to California. After graduating high school, she promptly moved to the “booming” metropolis (or lack thereof) of Kenwood, California to gain hospitality experience and attend college. Working for a series of ultra-premium wineries, and later for Starwood Properties, Sarah couldn’t have chosen a more perfect place for her aspirations. Prior to her tenure at a premium wedding and event planning company, Sarah was the Director of Events for a private Catholic high school where she became versed in fundraising and advancement mechanisms. This wide diversity of experience that Sarah draws upon promises spectacular results on all ends of the event spectrum – from celebrity golf tournaments to trade shows and from social events to weddings. It is no surprise that many of Sarah’s clients are high profile due to her level of respect in the industry.

Sarah is a hard-working professional that assures each of her clients’ events turns into a memorable party – one that their guests will walk away from and talk about months and years later. Ultimately, Sarah’s core event planning essence, from start to finish, is comparable to a mullet: business in the front, party in the back. When not filling events with mullets (and sarcasm), Sarah lives with her husband and two beautiful daughters in the Sonoma Wine Country. She is an avid runner and cyclist, a confessed workout “junkie”, a farm-to-table gardener and an urban chicken farmer.

Contact us for more information. Let us make your luxury Napa Valley wedding a reality.